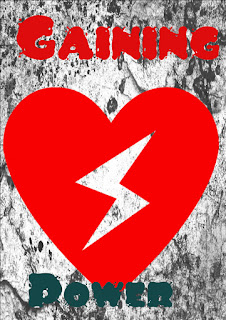 Sasha wasn't happy, Punisher was being a right prat. He was being an egotistical maliodt. The last few weeks he had become broody. Like he had something he wanted to say, but he didn’t know how to say it. So instead, he had reverted to being snarky and trying to tell her how to do her job. He had been the Punisher seven months now and had fully grown into his powers. For the most part, they had a good working relationship. Except when he became a prat like he was at the moment.

It had been six months since they had been anything but Fury and Defender, working together. She missed the closeness, which they had started to have before their, whatever it was had happened. Now, there was an empty hollowness in the centre of her heart.
Pausing outside his door, she raised her hand to knock, but dropped it and carried on to the kitchen to get some food before heading to the weapons room to do some repair work. She paused at the door of the kitchen to see who was around. She was surprised to see that the Punisher had decided to become his former self, the twins, for the evening.
Maxis was at the kitchen stirring something that smelled absolutely divine. His hair was still wet from an evening shower, as she watched him; he ran a hand through his hair. He must have realised because he went to the sink and washed his hands. All of his working out and weapons practice with Avenger was paying off, he was getting buffer than he had been before becoming Punisher.

Sasha only went into the kitchen when she heard a door opening down the hallway. Taking a silent deep breath, she entered the kitchen and headed straight toward the cupboard that housed the cups. Getting her favourite one, she headed to the coffee station, while she had been getting her cup Maxis had put the jug on for her. The silence was too hard to break, so she had given up trying to break it long ago.

“Sasha you’re back? How long you been back? Did Daym give you anything for me,” Dom asked as he strode in, enveloping her in a hug like they hadn’t seen each other in years, instead of just a few hours.

“Nope, was he meant to,” she asked rolling her eyes at Dom’s actions.
“He was meant to be working on a new sword for me,” he answered looking crestfallen.

“Oh those, yeah they are in the armoury already. Been there a few days,” she smirked into her cup of chai tea.

“You suck, really, you do,” he sulked as he stalked out of the room. Sasha tried biting her tongue to stop from laughing, but she gave up the effort when Avenger walked into the room.

“Sasha you're so mean, have you told him about the arm guards as well?” Avenger asked as he got down two bowls and dished up some of whatever was cooking.

“Na, I thought I would leave them for him to discover,” this time she didn’t bother trying to smother the laugh, as she accepted the plate of food from Avenger.

“Dude, this is good shit,” Avenger said to Maxis, mouth still full of food.
“There’s plenty more where that came from, made enough so that we can have some when we come off shift,” the conversation moved from food to some sitcom that the Furies had gotten hooked on.

While she ate, she felt Maxis watching her but she ignored him. Another something she had gotten good at over the last six months. If she didn’t fully look at him, then it didn’t hurt as much that he'd never had faith in her. She finished her meal quickly so that she could escape to the armoury.

Once she was done with her meal she took her plate, cup, and utensils to the sink, washed, and dried them. Once they were put away she headed for the armoury and her weapons, she nodded at Avenger in farewell before exiting the room.

As she was walking down the hallway to her destination, she had a feeling of dread overcome her for a moment. She had to hold on to the wall to prevent her knees from buckling. Something bad was going to happen that night. She didn’t know what, but it was going to be life changing.