10 years after Ajax graduation from the Academy 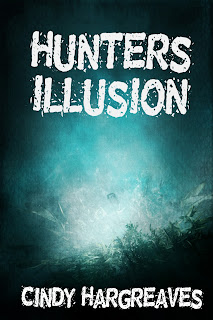 It had been ten years since Ajax had set foot onto the Academy’s grounds, man it brought back memories. This had been the place that she had finally found and lost family. Not blood family of course, but family non the less. And yet, she was not at all pleased to be here now. But orders are orders, and for her to do her job, she must obey them.

She wondered briefly if he would be here. She had heard that he had been transferred back to this training Academy. She was of two minds as to whether she wanted to see him or not. Of course he was no longer a training buddy, but rather a fully fledged training officer.

If anyone was to pay any attention to her, all they would see would be a fighting officer coming off duty. Because she had her fighting suite on, which was very much like modern day armour, they wouldn’t see the blood splatter or the cuts and grazers that she had sustained in this latest duty shift. They wouldn’t even see her apprehension because her face was sheltered by her helmet that only left visible her lower face from the tip of her face down to her chin.

The fighting officers quarters shared a reception area with the training officers, this is why when Ajax stepped into the reception she pauses just for a fraction, for who was chatting with the receptionist was non other than the person she had just been thinking about.

Recovering, she headed straight for the scanner by the entrance to the fighting officers area when the door smashed open. And the two people she had been rostered with came barrelling out the door, knocking her over, before they all collapsed into a heap of entwined bodies.

“Get off me you flaming chimpanzee,” she scowled, not that they could see, but she let them hear her annoyance.

“Hunt? Oh good you are here,” Broady, the one who was most on top of her, and the one who she shared a bed with on occasion said, as he untangled himself from her.

“Na, its a wailing Banshee, you moron,” she snapped, resisting winching as finally got herself untangled.

“Dude think Hunt’s pissed with us?” the other officer Kameron asked dryly. If possible they nether gave a gender specific identifier.

“When we were on our way to meet them, na,” Broady grinned at her, and by his tone of voice he was grinning at her.

“Here’s a thought, when going through an entrance, slow down for you don’t know what’s on the other side,” her voice was still miffed.

“What fun is that?” the was genuine puzzlement in Brodys voice as he spoke. Kameron just shook his head.