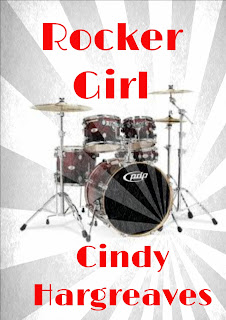 On Xoe’s invitation Toby (Tobias) goes to Kendra for a visit and to catch up with her about some of her financials, fulfilling his role as her accountant. While there he meets Miranda.
Miranda of the luscious body, bottle blond hair, and frightened blue eyes. Give her drum sticks and she becomes a passionate demon of a drum player.

Miranda is finally excited about something, she has just signed on to be Xoe Mackenzie’s drummer. She has a beautiful opulent roof over her head as part of the deal she’s signed. She can finally get away from Brett, her ex boyfriend who had beat her so bad she had spent 6 months learning to walk again. Music was her therapy.

Toby has his work cut out for him with a houseful of women.

Toby put his foot down as he braked his bike, his long journey was over, he had arrived. Taking his helmet off he turned off his music player and soaked in the view. He had been an avid participant in the construction, being Xoe’s accountant, but to see it in real life... it was mind blowing.

Reaching into the pocket of his leather jacket he pulled out his phone and took a photo of the house and uploaded it to the social networking site that he used most frequently, with the words ‘the journey has now begun’.

He kicked the stand into place and hopped off his bike, unlocking his storage unit on the back he pulled out his backpack, or as Xoe liked to hassle him, his man bag. Insert some chest banging and you have the gist.
He still had the smile on his face when he went to knock on the door, but instead knocked on a females head. She must have opened the door while he had been admiring the scenery.
“Do you mind?” the blond rock queen demanded, rubbing her head.
“Oops, is Xoe in?” he bit the inside of his mouth to stop from blushing. As he stood in close proximity with this female, he couldn’t but help inhale her scent. Mmm, divine.

“Oops, oops is all you can say? Xoe, there’s some oaf here to see you,” Blondie said into the intercom next to the door.

“Show him to the blue room would you?” Xoe’s voice sounded distracted through the intercom speaker.

“Is Casper here?” he asked Blondie. At her arch stare, he smiled. “Well I am trying to work out whether she sounds distracted from, music, or well, shall we say, making music with Casper.”

She looked at him confused for a moment before she realised what he was saying, she rolled her eyes at him and turned on her feet before heading down the moveable hallway. She rubbed her head as she went, scowling some more.
“Is the blue room anything like a green room?” he asked conversationally as he followed behind Blondie, he noted mildly that she had a limp, and one fine ass.

“It’s the guest suite,” she hissed the words out of clenched teeth.

“Are you Miranda by any chance?” he took a wild stab in the dark, it had been awhile since he had looked at the headshots of Xoe’s new band. But he was sure this was Miranda.