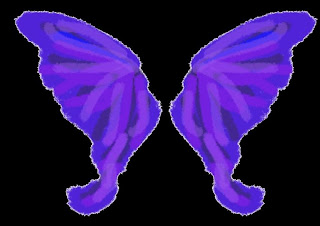 Here is a sneak peak at this weeks Children of the Curse short story. The full short story will be out later this week over at Paranormal Door Publishing.

Her legs around Slade’s waist, sweat beading her skin. She thrust upwards, back arcing. “Just a little more,” she gasped as Slade tightened his grip on her waist.
“Dammit is it stuck?” Slade growled into her cleavage.
“Just a little more,” and with one more big thrust she
broke the lock to the grate that was keeping them prisoner. With Slade giving her a boost she heaved herself through the opening and then reached down to help Slade through.

Once they were both through Klarissa listened to the wind and they both got their bearings. At least they were in the Elemental Realm. Klarissa held her side, looking down she saw that she had re-opened her wound. Slade’s hot hand covered hers, he brought her body against his.
She took her hand away from her wound and rested the unbloody one on his shoulder to balance herself. Slade sent out his healing powers to cleanse the wound and to stop the bleeding. To take her mind of the sting, and because he wanted to, he crushed her mouth with his when she looked up at him.
Without thinking she returned his kiss that had never been their problem. His tongue slipped into explore her mouth. Her bloody hand came up to grip his head as their kiss deepened. Slowly they pulled apart and just looked at each other.
They heard it at the same time, the whizzing of something metallic coming at them very fast. They jumped apart and they would have flashed out if they knew exactly where they were. As it is they reached for weapons that they didn’t have.
With a curse Klarissa flashed in her favourite blaster and her sword, a girl could never have too many weapons. Slade must have done the same thing because he was already firing at whoever was attacking them. One thing she liked about Slade was that he respected that fact that she could look after herself in a fight.
Klarissa final saw who was firing on them and cursed; it was her father’s people the Elite Chaos. They were the ones who had put her and Slade in the pit, and then locked them in. With a little more force than she had intended she sent her bullet straight through the hand of the one that had locked them in.


“Ha, he won’t be using that hand to lock anyone in for awhile,” Klarissa said gleefully, loud enough that Slade could hear her. He smiled, just the bearest of uplifting at the corner of his mouth.
Posted by Unknown at 12:33