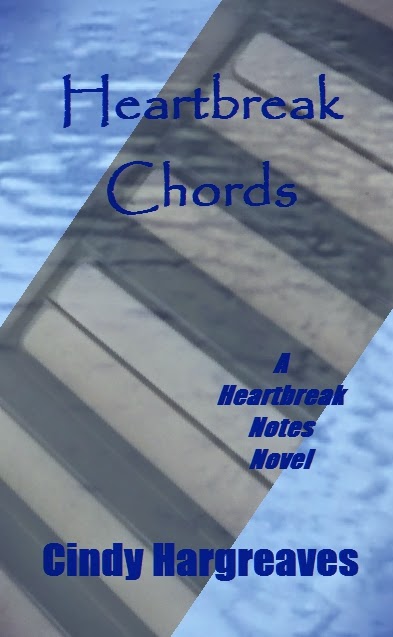 Angela and Jackson have instant heat, but can they make it more?

Xoe Mackenzie's much anticipated new band, Dark Autumn, had been formed, and Angela had snagged the spot of keyboardist. Combining that with her rising modeling career, the girl was busy. So when she ran into Jackson, all she could do was fight the instant desire that built inside of her. There was no time in her life for another man, especially one who could very well break her heart.

Jackson had thought he had everything he ever wanted, money, business, and a rocking night club. That was until he saw the most enticing figure of a woman leaning over the boot of her car. Once they finally meet, he is done for. The feisty Angela burns herself into his every thought. Nothing was going to stop him from making her his. Well, except maybe his pushy ex-fiancée.

Is it possible for these two wounded souls to heal their heart with music, and each other?


Her goal was to be moved in by lunchtime so that she could have a nap in her new bed that afternoon. That way, when she woke up, she would be able to get ready at the beach house rather than driving in from town. That is how she found herself driving into Kendra at six in the morning.


Briefly pondering if it was too early to head out to the beach house, then she shrugged. Toby, the manager and accountant for Dark Autumn, had given her the keys, the codes and other entry information on Tuesday, before she had headed off for her photo shoot.


She made up her mind, and took the turn that would take her to the beach. She parked on the side of the road just before the entry to Xoe’s estate. Taking in the house, she wiggled excitedly in her seat. This was going to be home for the next six months.


She pinched herself to make sure she was not dreaming; was this really happening? She was about to start the first day of her dream. Although, to be fair, she and the other members of Dark Autumn had a long way to go before they made it big. But damn, this was the first BIG step.


Putting the car into gear, she drove the rest of the way to her new home. She found her car space and parked. It was the space that had “Angela” written on it in big white painted letters. She popped open her boot, reaching in to grab two of her sports bags and her practice keyboard. She hit the button on her key chain to lock the car door, and then headed for the house.


It was only when she got to the house did she realise that she would need the code to get in. She was about to head back to the car when the door was enthusiastically swung open, and she was engulfed in sweet smelling red hair.


“Angela welcome. Toby’s not going to be here for a few days, he’s got stuff back home to take care of before he relocates, but you can contact him by phone when or if you need him,” Xoe said as she stepped back and smiled hugely at Angela. “Here let me help you!”


Angela let the other woman take one of her bags, but she kept a possessive hold on her keyboard. Following Xoe into the house, she was somewhat relieved that she did not have to find her own way up to her rooms. The entry way was beautiful vanished wood, with a small table to the left of the door. On the table, there was a bowl of keys and a vase with some beautifully fragrant flowers in bright colours, possibly gerberas. Angela was not very good at identifying flower varieties.


“Through there is the communal living entertainment room, those two doors there are the studio and managers office. The stairs here lead down to the pool. Just be careful when going into the pool room that you don’t fall in,” she says this last part as if she herself had done just that at some stage.


“Your home is epic,” Angela said as they headed upstairs.


“It is now your home too, Angela. Through there is the communal kitchen, but in your rooms you have a little kitchenette. You are in flat three, this one here,” Xoe indicated, and Angela used the key that she already had on her chain, to unlock the door.


Angela swung the door inwards, and looked around from where she stood. It was so similar to The Oxford flat, that it sort of felt like home already. Well except the bed was only a queen not a king. Directly opposite the door was a glass window with a sliding glass door that opened out onto her private balcony. The kitchenette was on her left wall, down from that was a desk, and she would be able to set her keyboard up over by the desk and sliding door.


On the right was her bed and open closet doors. On the opposite side of the closet was another door that was closed. When she went to explore, she found it lead to her very own bathroom. Well shower, toilet and hand basin, epic!


“Wow, Xoe, this place is amazeballs,” she dragged out the last word.


“It is rather, I came to Kendra to bury a friend, I found a home and a family,” Xoe revealed, as she leaned her head sideways on the doorframe. “Oh hey, if you want your boyfriend to spend the night, Casper needs to meet him first. He is protective of me.”


“Good to know, but no boyfriend, so no problem,” Angela grinned. They were interrupted from saying more by a deep voice.


“Babe, whatcha doing? You weren’t there when I woke up. Oh hey Angela, great to see that you are eager,” Casper grinned, wrapping his arms around his woman, and kissing her soundly.


“Hi Casper, been on the road since four, so,” she shrugged. She went over to Xoe and took the bag off her, and taking it to the closet, she started unpacking.


“Oh, all the kitchens are stocked with the basic utensils and pantry fillers, but from now on, you stock them yourselves. If you have any heavy stuff, Jackson and Casper will help; but Miranda has booked them first,” Xoe said after she and Casper had stopped playing tonsil hockey


“Na, it is all good, I got everything in my car. I can dart between here and town to get anything else I need urgently,” she says from over the other side of the room. “You kids can get back to ... stuff, you don’t need to entertain me.”


“Trust me, she has been jumping up and down all night, because she’s so excited that you guys are moving in,” Casper said.


“What? ... I didn’t mean that! Angela!” Casper blushed, making Angela chortle. Xoe too was laughing.


“Oh babe, you are so cute. Now go away, we are going to have girl time,” Xoe kissed him again, and then pushed him away with a laugh. The females watched his butt as he walked away, then Xoe remembered something. “Oh when you speak to Jackson let him know that she is single.”


“Xoe, really, no. No need to mention me at all,” Angela rolled her eyes, Mr Slick was sooo yummy, but dangerous to her plans. She was not in the right mind frame to take on a lover, let alone a boyfriend.


“Is she? Cool, I’ll pass the info on,” he grinned back over his shoulder.


“He is really a nice guy, Angela,” Xoe smiled, she had a soft spot for Jackson.
Posted by Unknown at 14:18